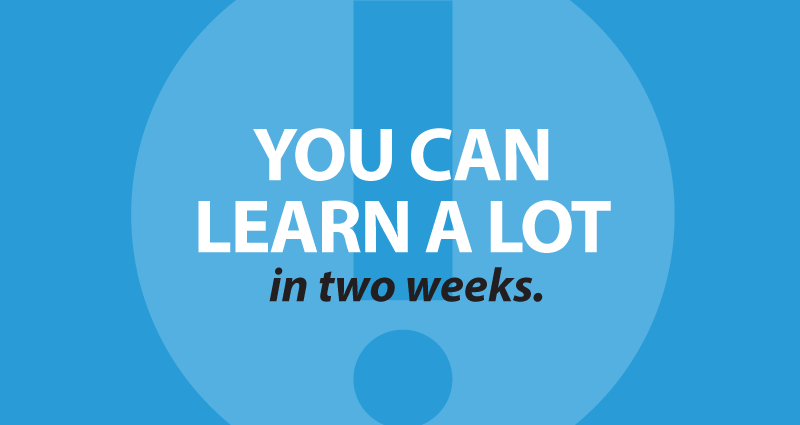 My son spent the last semester at the University in Barcelona, so my wife decided we needed to visit Spain while we had a bilingual translator. I have to say I learned quite a bit in the two weeks we spent there.

Creating something amazing can take awhile.

Barcelona’s Sagrada Familia cathedral designed by Gaudi has been in the process of being built for over 130 years, and it still has a few years to go (scheduled to be complete in 2026, the centennial of Gaudi’s death). There are those that argue whether the newest work fits Gaudi’s vision, but I have to tell you that the combinations of contrasting organic and geometric shapes towering above you are absolutely stunning.

You have to have vision.

Salvador Dali helped his home town of Figueres rebuild a theater that was the site of his first exhibition and had been in ruins for decades after being bombed in the Spanish Civil War. The mayor and Dali decided to turn it into a museum featuring his work, and as a result turned Figueres into a destination city. For more proof of his imagination, simply turn to his living room built as an homage to Mae West, and coin-operated sculptures. (By the way, if you are a fan of Dali like me, but don’t want to have to travel to Spain, check out the Dali museum in St. Petersburg FL.)

Sometimes you have to use what’s available.

Apparently both sides in the Spanish Civil War used the Puente Nuevo bridge in Ronda (the “New Bridge” built in 1751 and rising 390 ft above the canyon floor), to simply toss out those they did not like. Ouch.

Stay aware of your environment.

Especially in a country with 25% unemployment. In our first four days in Barcelona we were targeted twice in one night by the same group of pickpockets, first on the escalator leading to the trains, then later while trying to board. Thanks to zippered pockets and my wife’s karate blocking skills (yes, she is a black belt) we did not lose anything. (We weren’t as lucky two days later when someone stole my wife’s suitcase right from under our noses at an outdoor cafe. Janet will tell you that shopping for basics such as underwear and bras is not a fun way to spend your time on a vacation.)

Everyone has an opinion.

The owner of a Moorish restaurant (in Granada, I think) was happy to share his thoughts on the economic issues facing the EU. He believes that when the Spanish folk were given euros they were given too much, too fast. Everyone felt rich and spent like it, prices soared, and then no one wanted to work. I don’t know if that is true — after all he is an owner of a restaurant, not an economist — but I never thought I would discuss economics with someone in Spain.