In the movies, robots are sometimes pictured as benevolent assistants to help humans in futuristic settings. After all, they tend to perform specific tasks faster and more accurately than their human counterparts.

But will they take over everyone’s jobs?

Carl Benedikt Frey and Michael A. Osborne published a report titled “The Future of Employment: How susceptible are jobs to computerization?” in 2013. Their report illustrates how robots might disrupt the U.S. job market, using a methodology based on 702 occupations.

According to their estimates, almost half of the total U.S. employment is at risk from robots. Yikes!

So how do I know if my job is at risk?

No matter what position you hold, it never hurts to understand how robots might affect your job in the future.

At the website willrobotstakemyjob.com, you can test your current occupation against their data by inputting your job. The exercise is fun, but also eye-opening, since it returns a percentage of how likely it is that your job is doomed.

The website also includes some impressive stats, such as the top paid job with the lowest automation risk – in case you feel the need to change. 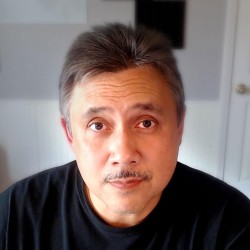 Jon Cooper
Jon is a designer and technophile around the iDiz office. A WordPress evangelist and advocate of compelling content, he spends most of his time chauffeuring his kids to the next school event.