I believe in honesty. Not just in my personal life, but in business too.

Of course that might be difficult to believe since I work in advertising/marketing. After all, it’s a business I’ve heard described as “being paid to lie.” And trust me, we’ve had clients who’ve wanted us to do just that.

Mostly though, we’ve just had some clients who want to sell themselves as something they’re not. Ones who want to make claims that are difficult to live up to and/or try to sell services they don’t really have.

Or perhaps it is simply wishful thinking.

After all, how many times have I heard a credit union that wants to claim their tellers are “the best, nicest people”? Unfortunately it only takes one teller having a bad day to prove you wrong.

I actually had a hotel client once though who insisted on using an exterior photo in their brochure that was shot at another one of their hotels. Yes, It is possible to use another hotel’s photo — If it’s a close up shot of pillows on a bed, maybe a bathroom vanity or a table setting. But, no two hotel entries look exactly alike and the client just didn’t want to pay to shoot this hotel’s exterior. They really didn’t think anyone would notice.

Someone did – the hotel brand. They weren’t amused.

And what about the customers who noticed and didn’t say anything? That’s the biggest problem with lying, (or more politely said; misrepresenting yourself.) People do notice, they may not say anything, but you lose their trust. And sooner or later, you lose their business.

Market who you are, not what you’d like to be.

And especially not what you can’t be. 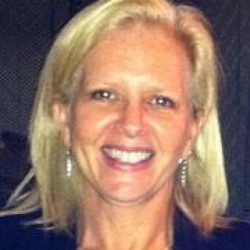 ← What if your credit union isn’t the best financial option?Would your members pay a premium? →